MUHAI in the City of Light 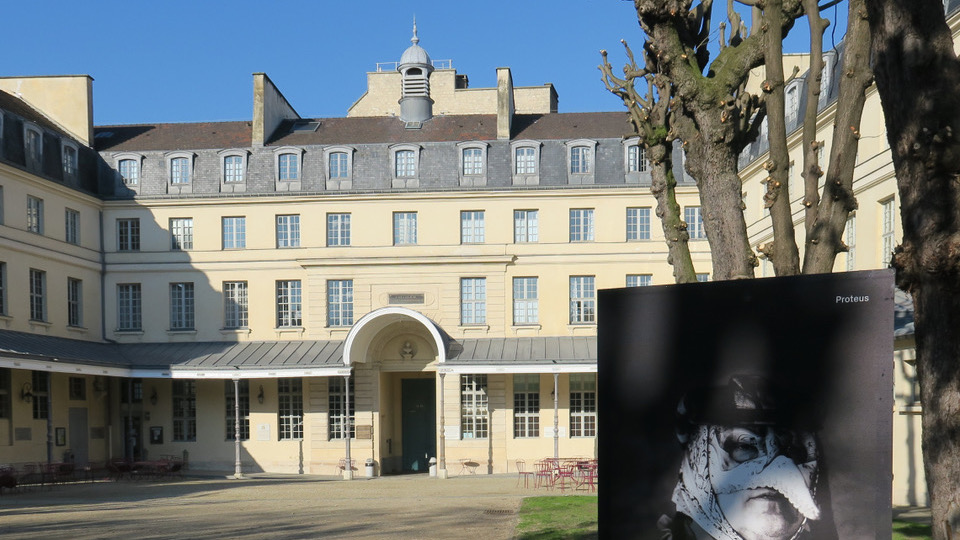 After foundational meetings in Venice, MUHAI is heading to another mythical city: Paris.
The Sony Computer Science Laboratories Paris were proud to welcome their partners from the MUHAI project for a three-day project meeting at the beautiful Centre Culturel des Irlandais, situated at only a stone throw away from the lab in the Paris Latin Quarter. The MUHAI project (short for: Meaning and Understanding in Human-Centric AI) investigates how responsible and human-centric AI systems are able to deal with meaning by developing models of narrative construction. 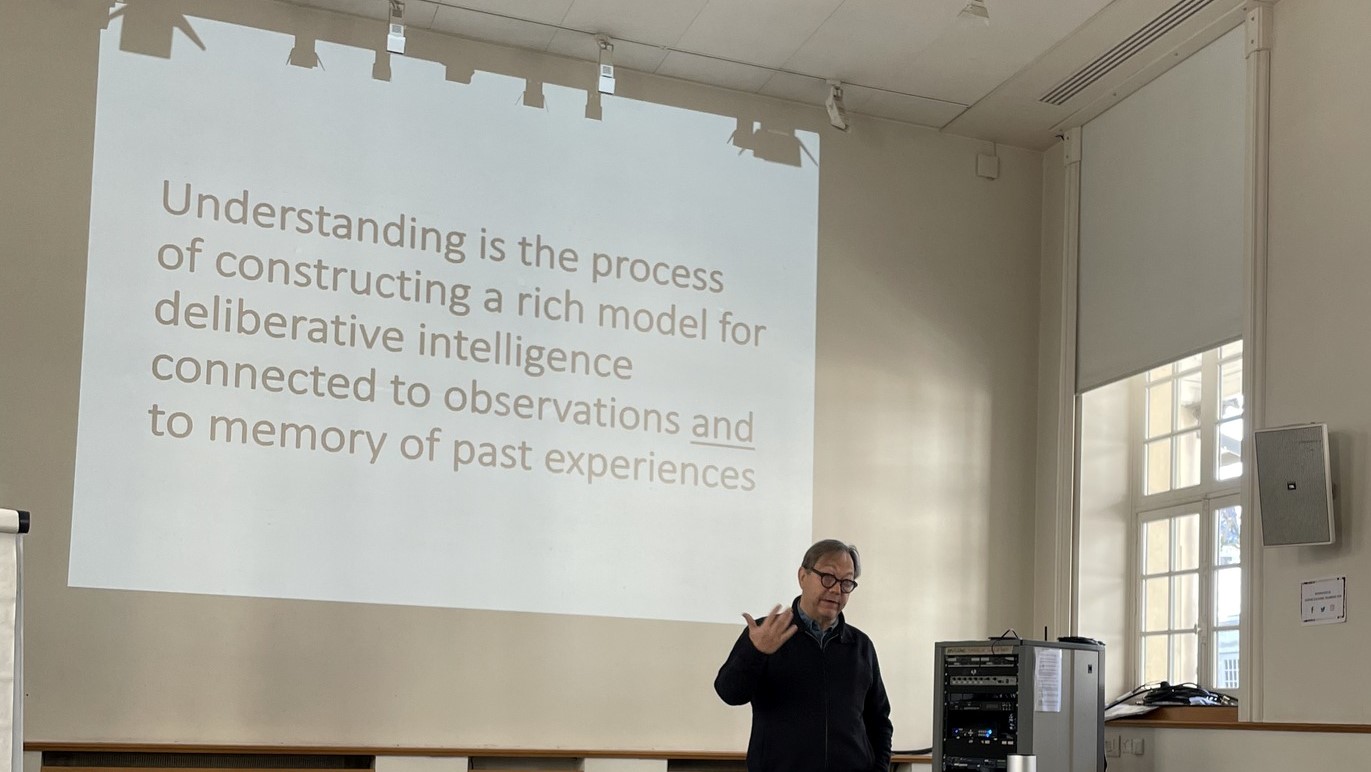 Monday, March 14
After a brief welcome word by local organizers Inès Blin and Remi van Trijp, the project coordinators from the University of Bremen (Rainer Malaka, Robert Porzel and Gerald Volkmann) kicked off the meeting with a State-of-the-Project overview. The MUHAI project has completed an important first phase of its lifecycle in which it has established firm theoretical ground for its future technological innovations, and it has achieved its first major deliverables.

The main theme of the day was the project's Work Package 1: Cognitive Foundations. The scientific coordinator, Luc Steels (Venice International University, and former director of Sony CSL Paris), presented how the project seeks to combine insights from both the current wave of data-driven AI as well as from deliberative AI, which is the core of knowledge-based systems and artificial reasoning. While there is widespread consensus that such a combination is necessary to push the envelope in AI, it remains an open question how to construct and scale such rich models. The MUHAI project takes an innovative approach by exploring the role of narratives in human understanding processes, and how this may inspire a new generation of innovative AI systems. Creating and understanding narratives requires the integration of various knowledge sources (such as knowledge graphs, natural language text, vision, mental simulation, and so on).

Besides this theoretical "debrief" that ensured that all project partners are heading in the same direction, the first day was also dedicated to presenting and reviewing the project's first major deliverables. These include a collection of research articles that detail the cognitive foundations of MUHAI, as well as software libraries that will support the project's future innovations.

Tuesday, March 15
With its cognitive foundations established, MUHAI has entered a more technology- and innovation-driven phase. The second day of the meeting was therefore dedicated to technological discussions and presentations about the work that has already been achieved, starting with a cooking robot simulation that integrates mental simulation, language processing and reasoning by Katrien Beuls and Paul Van Eecke (Vrije Universiteit Brussel).

Since the MUHAI project especially wishes to encourage their young researchers, most of the day was then animated by three talented young scientists: Lara Verheyen (Vrije Universiteit Brussel), Lise Stork (Vrije Universiteit Amsterdam), and our very own Inès Blin. Blin and Stork gave a joint demonstration of how they construct narrative networks in the medical and historical domains, and how these networks lead to AI systems that are more transparent and explainable to human users. Verheyen presented a collaborative project on how to measure understanding through the construction and maintenance of a discourse memory, which she implemented together with Luc Steels and with Remi van Trijp (Sony CSL Paris).

Even though most project partners were able to come to Paris, the meeting was held in a hybrid online-onsite format that allowed participants who were unable to travel to contribute with a presentation and demonstration of their work. These included Laura Spillner (Bremen University), who reported on progress made in narratives for everyday activities (more specifically: how a robot can execute recipes using language processing, ontologies enriched with common-sense knowledge, and mental simulation); and Ilaria Tiddi (Vrije Universiteit Amsterdam) and Carlo Santagiustina (Venice International University), who reported progress made in narratives for understanding society (more specifically for establishing benchmarks in the understanding of narratives in e.g. the economic domain). The day ended with a presentation by Pieter Wellens (Apicbase), who showed how innovations from the MUHAI project are already finding a practical and industrial outlet in the food management industry. 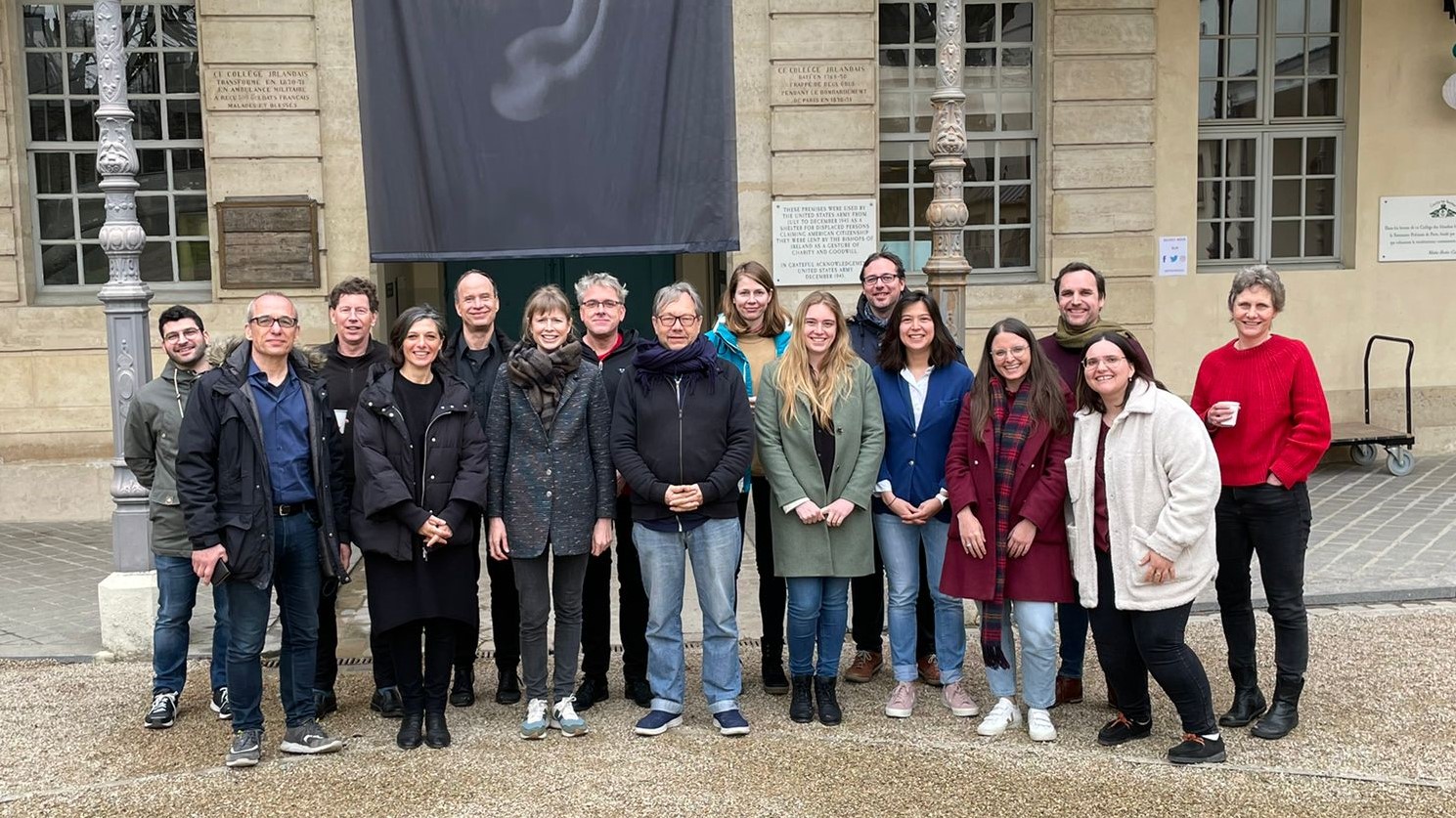 Wednesday, March 16
Scientific research is only valuable when it also makes an impact on society. The last day was therefore dedicated to the project's communication and to the preparation of the project's review meeting later this year. Alessandra Fornetti and Susanna Cappello (Venice International University) updated the partners on all the dissemination activities and results of the project, and gave advice on how to further increase the project's impact. The project partners then ended with a discussion of the annual progress report, and on the goals they want to achieve in the next quarter.